The Link Between Tourism and Economic Development

Kewaunee County and our local Chambers of Commerce played host to the Wisconsin Harbor Town Association meeting October 17 & 18th. It again highlights the importance of tourism on our local economy.
As the Executive Director of KCEDC, my philosophy on economic development has always been, “If a place is not worth visiting, it is not worth living and working in,” said Richard Baker.  And I came across an article on LinkedIn this week that I believe reiterates the importance of tying tourism/placemaking and economic development together.
In his LinkedIn article, The Inextricable Link Between Tourism and Economic Development, Clayton Reid, CEO of MMGY Global, states that in past decades – across city, state and country governments – efforts to attract travelers have been largely disconnected from the mission of luring corporate investment; but recently there is an increased understanding that a community’s position in the consumer travel market can impact those who influence economic investment – company CEOs, financial funds, journalists and prospective residents.

There is more understanding that what attracts visitors can also lure in industry. It has also become clear in recent decades that tourism investments pay off, resulting in outperformance of the aggregate economy and proving that tourism ROI buoys wages and infrastructure investment.

According to Reid, when it comes to economic development, there are four major quantifiable elements that are important for companies and potential investors:
1) Wages and costs
2) Tax and regulatory environments
3) Workforce education
4) Affordability and accessibility
While all four make a crucial cocktail for success, there is a fifth – often silent –consideration: the lifestyle and amenities tied to community brand. Company CEOs recognize today that a community’s “coolness” factor has a direct and vital effect on perceptions held by staff, stakeholders and other important constituents who guide company decision-making.Essentially, do the people who impact these massive capital outlays see themselves in the destination?
While tourism campaigns are traditionally about growing visitor tax revenues, promotional platforms such as “Pure Michigan” or Cleveland’s “Never Mainstream, Never Meant to Be” have been intentionally tied to economic development efforts. “Platforms such as these leverage the brand narrative against B2B audiences, creating a cachet and sense of place that is attractive for commerce,” Reid writes.
In Costa Rica, the government connects its tourism mantra of “Essential Costa Rica” to its economic stimulus efforts.  Companies such as Kimberly-Clark, VMware and Medtronic have made significant commitments to Costa Rica for jobs and capital investment. The country’s recent investment in “technology parks” has positioned it as an artificial intelligence hub while also bolstering its visibility among tourists and meeting planners.
As with Costa Rica, companies looking to invest capital in new communities often invest in areas that intersect with travel and hospitality.
The convention and meetings market also connects tourism office missions with economic development by attracting key industries and exposing would-be investors to the business environment. Not only do vacationers often move to a destination they’ve come to know as visitors, but corporate decision-makers can be influenced by meetings held in a specific location. Tying a unified brand message in all of these important channels can reinforce the community’s attributes and collective unique selling proposition.
Civic pride, tax benefit education, and profiling of community amenities and attractions can often be achieved by integrating residents in the place branding process.  Civic involvement also begets an additional tool in promoting the destination: word-of-mouth; suggesting that every community can benefit from the advocacy of its residents.

The Latest on The Blog 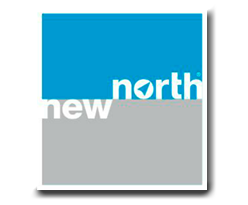